Creaming, sedimentation, flocculation and coalescence: four clear signs that spell failure for a formulation. Stability is one of the fundamental properties of an emulsion, if the product doesn’t remain emulsified then no claims of its youth enhancing or taste bud tantalizing properties (emulsions are used in so many ways) will matter. 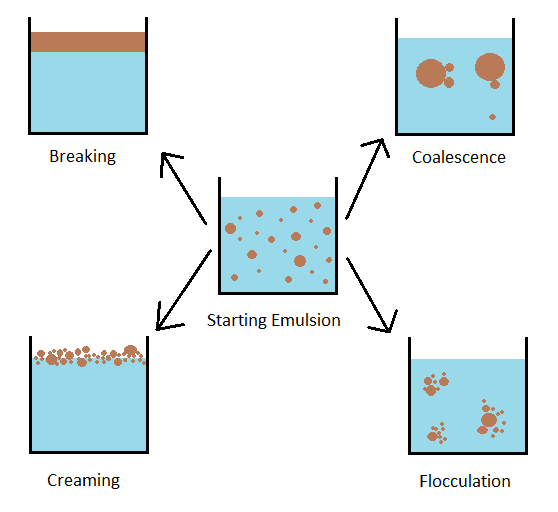 Predicting long term stability using one quick test is the Holy Grail for stability studies; sadly rheology cannot provide this but it can offer an indication of the result. The most useful information regarding stability can be gathered using very gentle tests to analyse emulsions under very low stress conditions.

The concept of non-Newtonian flow is often the first thing people learn when first delving into the minefield of rheology that lies beyond the basic Brookfield viscometer measurement. For shear thinning fluids the viscosity depends on the shear conditions that the sample is currently experiencing. As the applied shear rate is increased the viscosity drops, and conversely the viscosity increases as the shear rate is decreased. But how far does this increase continue?

There is of course a maximum as can be seen from the plots below gathered using our research rheometers here at the centre; the plateaus at very low stresses are referred to as the zero shear viscosity plateaus. Simply put this is the viscosity of the sample when under creeping conditions, such as would be experienced during storage.

How to interpret this information

Stokes’ law is an equation used to calculate the terminal velocity of a hard sphere falling through a continuous medium makes use of a dynamic viscosity, but as we’ve seen emulsions are often non-Newtonian and show shear thinning behaviour with increasing shear rates. So what viscosity value should be used?

Stokes’ Law – terminal velocity of a sphere falling through a liquid 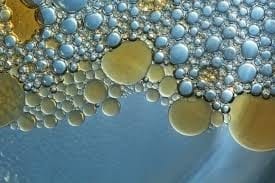 If you would like any advice or assistance measuring zero-shear viscosity, or have any other suspension or emulsion questions, please contact us and we will be happy to help.

We use cookies to ensure that we give you the best experience on our website. If you continue to use this site we will assume that you are happy with it.OkPrivacy policy