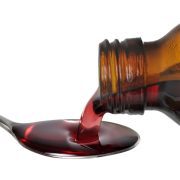 Rheological profiling offers an elegant way to probe the mucoadhesive properties of materials. Mucoadhesion is a biological property that describes the interaction of a material with mucus or a mucous membrane. In the case of cough syrups, mucoadhesion is important because the mode of action often requires the syrup to interact with the mucus that is causing the cough, creating a mucoadhesive film that calms the cough and soothes irritation. Benchmarking products’ mucoadhesive properties against each other by using rheology can provide valuable insights for marketing, formulation and likely product performance.

Mucoadhesion is defined as ‘the state in which two biological materials adhere to each other for extended periods of time with the help of interfacial forces’.

Designing a product that is mucoadhesive can offer significant advantages. For example, if the product is applied to an area that is likely to secrete mucus, engineering the product such that the mucus is an advantage rather than a disadvantage can provide significant gains. In the case of cough syrup, interaction with mucus is an advantage as the syrup can form a film that acts to calm any irritation and therefore soothe the cough.

To probe the mucoadhesive properties of cough syrups, we took five different products that are readily available in a UK drugstore and collected viscosity profile data, both with and without the addition of porcine gastric mucin, a commonly accepted human mucin surrogate.

Viscosity data showed that the cough syrups had interesting behaviours that were significantly different to each other, Figure 1. For example, cough syrups 1, 2 and 4 could be described as Newtonian in nature because the shear rate did not impact upon the viscosity. In contrast, syrups 3 and 5 were non-Newtonian and shear-thinning in character (changing the shear rate led to a decrease in viscosity), although at high shear rates syrup 5 started to exhibit Newtonian properties.

These differences in fundamental behaviour may not necessarily be of interest to the consumer, but they could have significant impact upon processing of the formulation or administration of a dose. For example, processing a shear-thinning liquid within manufacture may lead to difficulties in mixing ingredients thoroughly during preparation, or unexpected viscosity changes when flowing materials at higher rates.

The second test was to look for mucoadhesion between porcine gastric mucin and the cough syrups. To do this, viscosity data for the following samples were collected:

These three sets of data allow for investigation into whether the change in viscosity of a product upon addition of mucin is down to dilution effects (that are identified by mixing the product with DI water and, separately, mixing the mucin with DI water and measuring the viscosity) or a true change in viscosity due to positive or negative interactions between the mucin and sample; any ‘additional’ viscosity observed in the mucin and sample mix, over and above the sum of the viscosities of the separate solutions, suggests a synergistic interaction between the product and the mucin. This is based upon work by Hassan et al and Madsen et al.

The data collected show that all syrups interact positively with mucin showing that mucoadhesion occurs, Figure 2. This suggests that all of the syrups can interact with mucin and form a layer that could act to soothe the cough and irritation. Syrup 5 shows the strongest mucoadhesive effect, so may be the most effective.

In summary, rheology, in particular viscosity profiling, is a valuable technique for probing how mucin interacts with a sample. In this case, using viscosity data has allowed for interrogation of mucoadhesive properties and possible behaviour of the sample when in contact with a biological surface.

For further information about this study, and to find out more about the testing services that we offer, please contact us now!