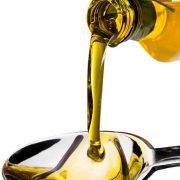 Plant-based oils are big business, and their use globally is increasing as consumers look towards healthier lifestyles and a smaller carbon footprint. The use of oscillatory rheology to determine the behaviour of oils, or blends of oils, is a powerful tool and can save time, money and effort for all involved. As oils are cooled, their properties start to change from liquid-like to solid-like, which is likely due to a combination of the oils freezing and wax precipitation.

Determining the phase angle provides reliable data for quantifying this behaviour over a temperature range. Using these data we have been able to clearly show the temperature at which any behavioural change occurs for a variety of different oils, providing valuable insight that may not be visually observed.

Contact us for a tour and a chat, or send us your samples for testing

The isolation and use of plant-based oils is a huge industry and is set to grow over the coming years as consumers move away from animal-derived products and towards more environmentally conscious plant-based goods. Consumption of plant-based oils has been shown to provide dietary advantages, of which consumers are becoming increasingly aware, and applications of oils in other ‘non-traditional’ industries are leading a range of new functions from cosmetics to bioplastics and bio-inks.

Vegetable oils are usually thin liquids containing complex mixtures of triacylglycerols (TAGs, usually >95%), minor amounts of diacyl glycerols (<5%) and other components including tocopherols (vitamin E) and phytosterols. Due to the high proportion of TAGs in an oil, their identity can significantly affect the properties of a material including the flow and stability. Under cold conditions oils often become more viscous, or thicker, due to crystallisation of the TAGs or other waxes present. This can affect the processing parameters and consumers’ perception of the final product. If the material solidifies enough, the pour point may be reached; the temperature below which an oil is no longer “pourable”. Rheology provides an opportunity to investigate if there are behaviours at play that cannot be observed visually and to quantify any changes that do occur.

In order to identify the point at which the oils become more solid-like in behaviour (and therefore less likely to pour), an oscillatory temperature sweep was performed. This involved gently wobbling the oil at a constant stress and strain but changing the temperature. The stress placed on the material and the strain response of the material were measured. This allowed us to determine phase angle data and pinpoint any temperatures at which structural change occurred. The oils studied were oils argan, olive, rapeseed, soybean and sunflower.

Plotting the phase angle against temperature allowed us to accurately determine if, and when, the bulk properties of the oil changed over the course of the test. All the oils were liquid at room temperature, as indicated by the phase angle of 90°.

Upon cooling, the elastic component started to dominate and the materials became more solid, as shown by the transition to a smaller phase angle. More specifically, in all cases the phase angle was below 45° indicating that solid-like behaviour dominated upon cooling, Figure 1.

Interestingly there were differences between the elasticity (or solid-ness) of the oils after cooling, with soybean and argan oil tending towards the most solid due to the smallest phase angle (5.6° and 8.5°, respectively), and rapeseed oil the ‘least solid’ due to the largest phase angle (38°). However, the temperature and rate at which the elasticity changed was different for each oil.

Figure 1: The relationship between temperature and phase angle while performing an oscillatory stress sweep

Olive oil showed a sharp behavioural change over a very small window of 2.5 °C, and sunflower oil was similar with a sharp change over 3 °C. However, the temperature at which sunflower oil showed more solid-like behaviour was much colder than olive oil (–13 °C rather than –6 °C). Rapeseed oil and argan oil also both changed to more solid-like properties upon cooling but for these oils it was a much more gradual process; rapeseed oil changed behaviour over a 10 °C window, and argan oil over a 14 °C window. Finally, all of these oils showed an up-tick in phase angle (i.e. they tended towards more liquid-like) just after the initial phase angle change. This behaviour has been observed by us in previous studies of depilatory waxes and automotive greases, and an investigation into this will be undertaken in due course.

The change in the phase angle of food oils over a range of temperatures has been investigated. It has been shown that the change in behaviour from liquid-like to solid-like occurs at different temperatures in different oils, and the temperature range over which this occurs also varies.

This could have implications for food scientists or those in product development, particularly those involved in using plant-based oils as a basis for a new product as these oils’ behaviour can be affected by temperature, which may ultimately impact the final application.

The example showcased here clearly applies to the foodstuffs industry and could provide a platform for investigation for those either working in these industries or using these products. Importantly, these data show that it is possible to investigate behaviour of oils at different temperatures and to see how their behaviour changes as they change state.

In addition, the up-tick in phase angle after the initial drop has been seen in testing that we have completed on depilatory waxes and automotive oils, suggesting that this behaviour is ‘real’ rather than an artefact of testing. The investigation into phase angle change and temperature could have significant application in the cosmetics, food and beverage and fuels/lubricants industries.