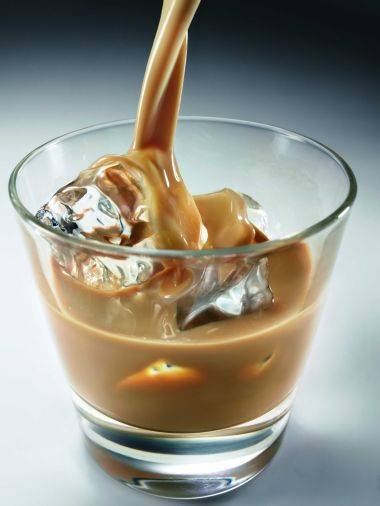 can provide innovators in liqueurs, spirits, wines and beers with rapid screening, profiling and benchmarking of the viscosity and lubrication qualities of their products and those competing for the demanding consumer.

Mouthfeel is a critical quality attribute for alcoholic drinks, the prestige value of premium liqueurs being supported by sensory qualities described as, for example, silk, satin and velvet. Two key contributors to mouthfeel are viscosity and lubrication, covered respectively by the fields of of rheology, the study of deformation and flow, and tribology, the study of friction and lubrication.

The plot below shows the results of a “soft” tribology test in the form of a Stribeck Curve, where the friction against compliant surfaces is measured under a fixed, defined loading force and across a range of sliding speeds.

All four products tested demonstrate similar friction coefficients at higher sliding speeds however at lower speeds (more relevant to after-feel and slower tongue-palate interactions) the divergence of lubrication is striking with both the advocaat and the whisky liqueur demonstrating very low friction, the premium cream liqueur high friction and the low cost cream liqueur the highest.

Rheology profiling can reveal further information. The plot below shows viscosity recorded across a range of shear rates.

The viscosity range across the four products is wide, with a ten-fold difference at low shear and about four-fold at high shear. Additionally, and of particular note, is that the two products that show the greatest lubricity from the tribology tests sit at opposite ends of the viscosity range, suggesting that the lubrication mechanisms differ for both products. In addition to mouthfeel, rheological characteristics such as viscosity at low shear and viscoelasticity will contribute to the appearance and handling of liqueurs such as these.

The combination of lubrication and viscosity can be presented as a simple map such as the one below to provide a clear visual representation of triborheological attributes. This can prove a useful tool for benchmarking and competitor analysis exercises.

Tribology testing and rheology testing can provide a rapid, objective measurement of qualities likely to contribute heavily to mouthfeel and, therefore, to the creation of outstanding sensory experiences for consumers of premium liqueurs. If you would like us to test your products please get in touch and we can discuss your needs.